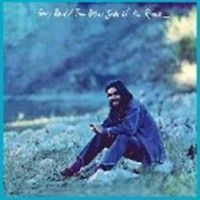 Reid, Terry
The Other Side Of The River (2lp)

Terry Reid-s 1973 LP -River- is an under/the/radar but deeply loved album. -The Other Side Of The River-, here on vinyl, features all previously unreleased material from the -River- sessions, including six never/before/heard Reid compositions and five very different alternate takes of tracks from -River-.Fact is that the entire -River- album was recorded twice> once with British producer Eddy Offord and again with the legendary Tom Dowd. The sessions captured Reid-s free/associative mix of folk, blues, rock, jazz, bossa/nova, soul and samba, recalling at times Tim Buckley and Van Morrison, while featuring some remarkable guests including Gilberto Gil on percussion, Ike ^ Tina Turner-s Ikettes on vocals, and David Lindley, of UK psych band Kaleidoscope, on violin.

Vertice
I Want A Boogie/thinking On You

Faust
So Far/ It's A Bit Of Pain