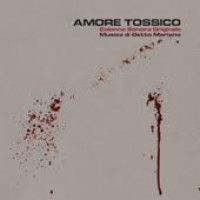 1983's Amore Tossico is a legendary cult film, a stark and unflinching look at Italy's "junkie generation". Directed by Claudio Caligari, he approached the film more like a documentary than a work of fiction, using as his "actors" actual and recovering junkies; Caligari "imagined it more as a straight-up visual ethnography, hyperreal, replete with humor in the most grotesque situations - like life."Accompanying Caligari's stark imagery and story is the soundtrack by Detto Mariano - a prolific composer, arranger, and pianist - who wrote the entirety on his FAIRLIGHT series IIx, a now revered synthesizer that had just been released that year. The sound is therefore scary and up to date, a true companion to the vivid and rough imagery of the movie. This led the composer to a brand new level of engagement: the machine is the tool, hence the music, quite possibly the Italian answer to the industrial revolution. Coming from an academic background, Detto Mariano knew little of the so-called grey area, but in fact Amore Tossico can easily be associated with the pioneers of the genre, such as Throbbing Gristle and Cabaret Voltaire. The soundtrack is dark, angular, harsh and - just at times - funky. Surely it can rival the intensity of Carpenter's The Thing or Throbbing Gristle's Heathen Heart. Never before available on any format, Penny Records is honored to present this first time release, mastered from the original tapes, on deluxe 140 gram black vinyl in a gatefold sleeve with bonus CD of the entire album plus a reproduction of the original film poster.