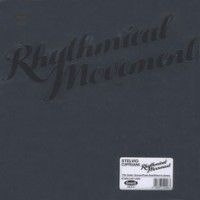 Maestro Cipriani is one of the most known and appreciated composers of Italian soundtracks, whose unmistakable style makes it one of the most appreciated and collected. @Rhythmical Movement@ came out only as a promo/library LP for CAM records in 1980 and is therefore a very rare album pressed in limited quantity. But what impresses most is the high level content and, as explicitly expressed in the title, no rhythm decreases. After a jazz intro depart sequentially tunes full of funk, soul, samba and disco, with references also to the classic tradition of Italian poliziotteschi for which Cipriani is the absolute Master. Alternating on a drum and congas base are wahwah guitar, but also often distorted as in fierce riffs of @Storm in a teacup@ and @Do not tamper with my things@, piano/electric and horns. Two tracks, @What can I do@ and @Living and Loving@ were composed with Michael Fraser, the famous UK musician and producer very active in Italy since the early 70s. Also of note are the curious @Percussion Gun@ and @Chicago U.S.A.@ built on the popular bassline of @In/a/Gadda/da/Vida@ by Iron Butterfly. An unmissable record to listen and dance to, with a wonderful minimal mirror/cover with title in relief.A limited edition of 500 copies that includes a digital download code.