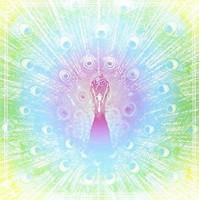 64 SLICES OF AMERICAN CHEESE were born in 2002 in Cesena, Italy. They are 6 musicians with the shared passion for movies- themes and 90-s psychedelic post/noise. Their main goal is the research of moods that music can evoke. 8 years after their previous album and 4 years after beginning of recording sessions, they present this new album @Il Pavone Reale@, released by Go Down Records. The band has introduced the Calexico-s style in Italy, but in the last years they have turned into jazz and prog sounds. Recently a very famous American director has naively admitted @...if I had known the Sixtyfour before, I wouldn-t have been working with Morricone for my latest movie-s soundtrack...@ *it-s a joke, Quentin!(. All new tracks have been written and arranged in a mathematical and obsessive way and many composing choices are clearly open/minded. @Il Pavone Reale@ *translated @The Royal Peacock@( contains many touches, some are rocking while others are spanking the listener-s eardrums. The 9 tracks have been recorded and mixed by the band bassist and leader Andrea Zanella, with Alfredo @Epi@ Gentili, at Bluscuro Recording Studio and Go Down Studio, Italy. Sound experiments, vintage equipment, toys and very famous producers- rules made this unique sound possible.