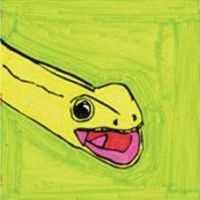 Download code cards included. Here we go again! Snake is their third album in 12 months, but also their third album in 10 years. Former teen sensations from Bakewell, UK / their combined age / which upon formation was a meagre 45 / has crept up to 115 with the addition of age and an extra member. Always experts at intros, on Snake they've paid particular attention to outros> notable recent inspiration can be found on Thomas Func/tion's Peanut Butter and Paranoia Jam and Tommy by Sex Hands. Think Television, Krautrock and Creedence filtered through the inferior brains of four Derbyshire boys