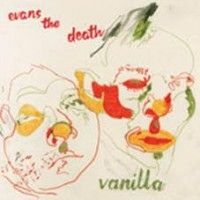 London five/piece return with Vanilla, their most ambitious and experimental album to date, which sees the band veer in an ever more adventurous direction> more aggressive, extroverted and raw. Recorded with producer Rory Attwell, who worked on both of their previous albums. Dan Moss ex/plains> "We deliberately booked very little time in the studio, and we pretty much did everything live - there was no trying to fix any mistakes. What you hear is very close to what we did in that moment"There's the psychedelic snarl of "Haunted Wheelchair" built around dissonant, jazz/like chords, the no/wave party vibe of "Suitcase Jimmy", "Hey! Buddy" / an "unintentionally mean/spirited" askew pop tune from the point of view of an over/zealous fan of the band. "Cable St. Blues" is an odd duet between two parts of the psyche ending " like a New Orleans jazz funeral"."Hot Sauce" is led by a groovy, capacious bassline, while "Armchair Theatre"starts out like a soft rock classic and turns in to a gorgeously mournful song with the lyric "I took you to the park & kickin' through used Johnnies and dry leaves". And "Welcome to Usk" draws on Ennio Morricone's spaghetti western soundtracks A dark, howling, ragged storm of an album, impossible to cate/gorise, Vanilla is anything but - a far cry from the bland, unimaginative music that pervades the airwaves. It is a brittle, brilliant new chapter in the story of a band who never fail to surprise.