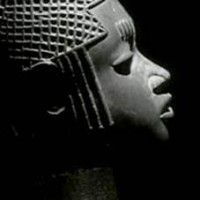 Les Statues meurent aussi is a 30 minute short film with a very complicated history of censorship that at one time elevated it to a somewhat mythical status and which prevented it from being brought into the wider public eye until some 16 years after it was completed. The Alain Resnais and Chris Marker's film exhibits a series of sculptures, masks and other traditional art from Sub/Saharan Africa projecting a passionately anti/colonial, anti/racist, even anti/capitalist message in a stunning audio/visual collage accompanied by an intense and immersive musical score by Guy Bernard.RELEASED FOR THE FIRST TIME EVER ON VINYL, A MASTERPIECE FROM FRENCH CINEMA. 45RPM