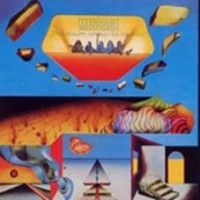 Message
The Dawn Anew Is Comin

Excellent hard progressive&psych&hard/rock monster! Akin to Nektar in many ways, but fronted by Tom McGuigan unique singing and fiery saxophone playing, Message combined the best of British heavy and progressive styles with Krautrock innovation. Their debut album from 1972 he Dawn Anew Is Coming- is driven by the superior English language vocals of charismatic frontman Tom McGuigan and the epic electric guitar runs of Allan Murdoch. Heavy moments and light jazz&fusion flavours all feature, and like with the Moody Blues, often the lyrics *and the album title itself( seem to hint at a vague mind/expanding consciousness, giving the album a bit more weight and mystery. Track a3 ^ b2 are featuring Allan @Taff@ Freeman from Nektar! Message incorporated elements found in the music of DEEP PURPLE, WIND, early ELOY *particularly in the guitar solos( and NEKTAR as well as hints of VAN DER GRAAF GENERATOR

Soft Shoe
For Those Alone