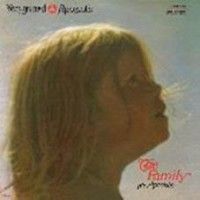 Apostolic was many things> a label, a collective, a state of mind even. But before all of that, it was a recording studio set up by New Yorker John Townley. It attracted likeminded souls such as Frank Zappa, whose Mothers Of Invention recorded several landmark LP-s at Apostolic. But the greatest example of the output of this artistic community was the sprawling double LP -The Family Of Apostolic-. A utopian album, inspired by global cultures, with material ranging from Pakistani folk songs to Scottish traditional music and Chinese opera. The album was made by a cast of 19, bonded by a desire to create @primitive performance art@ from surrealist happenings. Despite the possibilities opened up by the studio and the chance to treat the desk as an instrument, -The Family Of Apostolic- is nonetheless a folk record at heart, and sounds downright spare in places