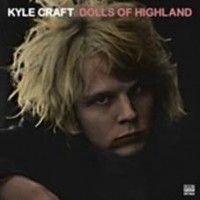 Kyle Craft grew up in a tiny Louisiana town on the banks of the Mississippi, where he spent most of his time catching alligators and rattlesnakes instead of playing football or picking up the guitar. He-s not the product of a musical family, and bands never came through town. It was only a chance trip to K/Mart that gave him his first album, a David Bowie hits compilation that helped inspire him eventually to channel his innate feral energy into songwriting and rock and roll. That self/made talent drives every note of Dolls of Highland, Craft-s exhilarating, fearless solo debut. @This album is the dark corner of a bar,@ he says. @It-s that feeling at the end of the night when you-re confronted with -Now what_-@