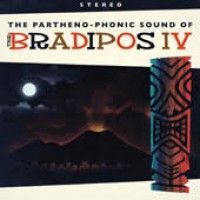 We are pleased to announce the release of a new album by The Bradipos Four. With their almost twenty years of experience the Bradipos can be considered as one of the best Surf-Rock combos on the European scene.The new album titled "The Partheno-Phonic Sound of Bradipos Four" consists of a great collection of Surf arrangements of classic songs coming from the Neapolitan music tradition. It's amazing to discover how those old traditional melodies fit perfectly the Surf-Rock atmospheres. In fact the result is a whole mix of different traditions which have developed from various cultural crossings between USA, Mexico, the Caribbean and the Mediterranean. Known for their intense Live activity, the band's upcoming schedule includes tours in California (Summer 2016), Holland and Spain (September 2016)