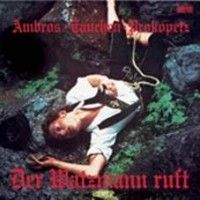 One of the most successful recordings of the austrian music scene is back on vinyl!This mountain drama was the first team effort of school day friends Wolfgang Ambros, Manfred Tauchen und Joesi Prokopetz. *the authors call it ,Rustical", derived from "rustic" and "musical"( It describes the misery of being called by the always tempting evil mountain Watzmann, and the men, who feel the need to prove themselves and impress, and who often loose their lifes by doing so. Not to mention the sensual woman ,Gailtalerin", who takes advantage of her powers above men to lure them on to destruction. The play was written in 1972 by Manfred Tauchen as a drama/parody of alpine farmers. W. Ambros delivers the music alongside songlyrics by J. Prokopetz.With over 250.000 sold units this German concept album is one of the most successful albums of austria ever.

Love Machine
Electronic Music To Blow Your Mind By