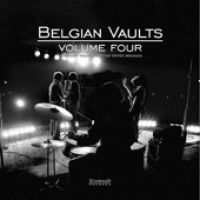 Starman Records, the Belgian label specialized in re-releases of Belgian rock from the 60s, 70s and 80s. They have released 4 volumes in the highly anticipated series so far. These have been widely acclaimed by press and fans. Unique albums focussing entirely on the sixties and early seventies and compiling many very hard to find tracks, mainly originally released as single on small, long forgotten labels. Pop, beat, rockn roll, psych.. gems worth to be re-discovered. The albums offer restored and remastered sound quality . The amazing album cover shots are from the hand of the Belgian photogra-pher Raoul Van den Boom, one of the very few who was there when it all happened " True obscurities, long overdue their moment in the sun"-Side A 1. The Snapshots - Hip Hip Hurray 2. Ricky - Im Burned 3. 5 From Dave - Little Child 4. The Rainbows - Show me what you Want 5. The Mods - Im Losing You (Live at Jazz Bilzen) 6. Early Chris-tian - Fire 7. Jess & James - Julies Doll 8. Fabien Collin - Satan in eigen person /Side B 1. Cash ? Cash! Soundtrack - Cash-Cash 2. Ariane - Tu Voudrais que Joublie 3. The Klan - Melody Maker 4. The Ropes - Is it True ? 5. The Swinging Jaguars - Do the Monkey 6. The Layabouts- Its all

Hombre Lobo Internacional
Smell So Good, I Wanna Taste It!