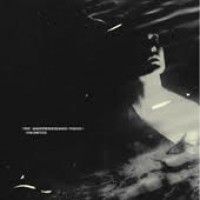 Manchester's The Underground Youth is here with with yet another hauntingly beautiful record that blends shoegaze, post-punk and psychedelia. TUY is the name under which Manchesters underground poet, Craig Dyer, has produced his records since 2009. In 2011, Fuzz Club Records started putting out his prolific catalogue, bringing to light a number of LPs and singles that had only circulated virally on the Internet. Since then, TUY, with Craig and Olya Dyer as the core of the band, have expanded to a five piece, gaining a solid international fan-base