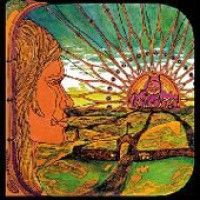 Children were a great psychedelic band from San Antonio, TX, who released only one classic album on Cinema in 1968 (later that year picked up by Atco). Starting out as The Stoics back in 1966, they later evolved into The Minds Eye, then their final incarnation as Children with the beautiful female vocals of Cassell Webb. Ex-Monkee Davy Jones took them under his wing in 1967, promoting them on the LA Sunset Strip Club scene!! "Rebirth" combines soft psych and baroque pop with fuzzed out psychedelia. Produced by Lelan Rogers (13th Floor Elevators, Golden Dawn, etc). Original gatefold artwork faithful to the beautiful Cinema original release. Newly remastered sound. Insert with detailed liner notes / photos.