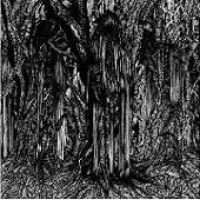 Kannon emerged both independently as a conceptual entity and with roots in the legacies of those projects, yet was fully realised years later, in 2015. The album is 36 minutes in length and consists of three pieces of a triadic whole : Kannon 1, 2 and 3.The album celebrates many SUNN O))) traditions ; Kannon was recorded and mixed with SUNN O)))s close colleague and coproducer Randall Dunn in Seattle, in Studio Litho, Aleph and Avast! ; and the LP includes performances by long term allies and collaborators Attila Csihar, Oren Ambarchi, Rex Ritter, Steve Moore and others. And at the core the composition centers around the dynamic and intense guitar and bass interplay of SUNN O)))s founders : Stephen OMalley & Greg Anderson.

Windy & Carl
We Will Always Be (2xlp)