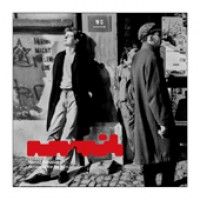 Normil Hawaiians have always operated as a collective of musicians rather than a band per se and for this third album, the group comprised of Guy Smith, Simon Marchant, Alun 'Wilf' Williams, Noel Blanden and Jimmy Miller. Recorded at Dave Andersons Foel studio in Wales (sonic home of Amon Dand Hawkwind) in the Winter of 1985, a time and a place triangulated from political, social and geographical aspects, Return Of The Ranters extended their free experiments in compelling arrhythmia and seemingly organised sound, taking a loose trajectory from their previous albums and earlier, more confrontational approach.This album marks the first step in a considerable project Upset The Rhythm have in mind to reissue/reappraise the band's other two epic albums 'More Wealth Than Money' and 'What's Going On?' that came out in 1982 and 1984 respectively, which will be accompanied by abundant liner notes, bonus tracks, rehearsal takes, rarities and singles