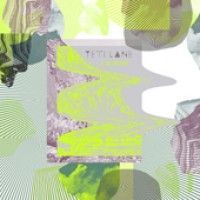 Parisian psych duo Yeti Lane release their third album LAurore. This time they discarded their suitcase of gear and improvised, building their sound up from scratch, and the result is a record that is rougher, dirtier and darker than its predecessor. It also finds them singing in their native French for the first time. Yeti Lane were formed from the ashes of psych-folk-prog outfit Cyann & Ben in 2009 and their self-titled debut album followed the next year to great acclaim. Their second - The Echo Show - combined Kraftwerk with LCD Soundsystem and My Bloody Valentine to incredible effect, resulting in more glowing reviews, BBC 6 Music sessions and memorable live shows. As is clear from the first sight of the stunning, acid-bright artwork by London-based design studio Heretic, LAurore was created a new-found freedom. "We wanted to keep the excitement of the moment, with no routine," says Cdric. "Everything was recorded as we were playing, just the two of us in the same room. We chose takes in which we felt something was happening, rather than the ones in which we were playing perfectly; we kept the mis-takes."

Ted Leo And The Pharmacists
The Brutalist Briks

Imperial Teen
Now We Are Timeless