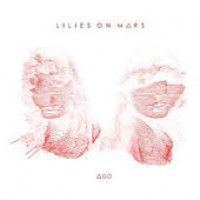 the result of many long nights spent listening to music and jamming with every imaginable instrument at their home studio in Hackney, from guitars to vintage organs, synthesizers, effects and drum machines. The contrast of living between these two places has had a profound effect on Lilies on Mars' music. It became a way to navigate their experience, gently incorporating all the information that inspired them, becoming notes and melodies but more precisely a sound. Delicate, surreal and sometimes disturbing, like a lily growing on a red planet. This is the imagery within which they are suspended, where time does not exist. Collaborations with Italian pop experimentalist Franco Battiato also dramatically influenced and inspired the project in its early stages.. Retro-futurist, psychedelic and cosmic pop elements are accentuated on this record. At times uplifting, at times drone- and Kraut-like. They are strongly influenced by primitive electronic experimentalists and pioneers such as Delia Derbyshire and Daphne Oram of The BBC Radiophonic Workshop.