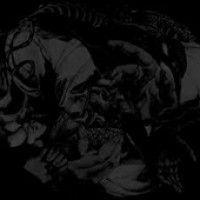 Grindcore. Black metal. Harsh noise. Many fans of these genres tend to gravitate towards them because they push the boundaries of sound, testing our limits of how sonically extreme it is possible to go. And ENDON is fighting to lead the offensive.Self-described "Catastrophic Noise Metal," the Japanese quintet have harnessed the most severe aspects of the aforementioned genres to create something that is both wildly ambitious and viciously disturbing. Combining blast beats, tremolo riffing, destructive feedback and fascinating structures, the six songs contained on MAMA have all clearly come from the same warped id, yet are fulfilling and corrupted in singular ways.Produced by Atsuo from experimental veterans Boris, MAMA is an album that looks for no easy exits. In roughly 40 minutes it swerves from cinematic atmospherics to the din of electronic havoc to near indecipherable bursts of chaos, all while vocalist Taichi Nagura howls, shrieks, growls and wails as if he's both the torturer and the victim.