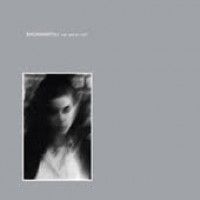 Music as an expression of an inner state whose power and beauty greatly exceed the judgement of time to become a paradigm of immeasurable artistsic qualities. After more than three decades since its first release in 1982, "Baciamibartali and Winter Light" (as well as the three songs originally contained on "The Mournful Gloom" EP, added here on the CD as a bonus) not only does not betray any sign of age, it still sines undefeated in all its evocative magnificence across the grooves of this vinyl reissue. The magic touch of this unforgettable icon of romantic and decadent Post-Punk music branded in the 80s is back to pluck strings in the depths of our souls, a jubilation of the most powerful vibrational dynamics, melodic/chromatic inventions and perspective layers that nucleate the hubs of emotions on latitudes taken for granted, whether they are the dreamlike fugues of Baciamibartali or the neon-lighted electronics of Winter Light, the twin projects led by the imaginative Tarcisio Lancioni. Although the "twilight of hope" and the fraility of the human condition are clearly inspirations to the author, on the other hand the stings of disenchantment look for shelter by embracing an impossible dream, one that dies away among the lights and shades of these atemporal melodies. Glimpses of the Pre-Raphaelite aesthetics that torture shrouds of sublime harmonies and chisel electric marbles of an epic memory, burning in a never-ending chant of passion. This reissue is nothing short of a must.

Normil Hawaiians
Return Of The Ranters