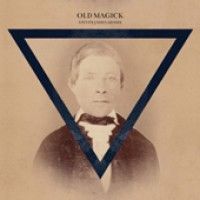 Second solo album by Steven James Adams, former songwriter/singer/guitarist from the critically acclaimed Broken Family Band. Old Magick is proof that Adamss gift for marrying exceptional lyrics with inescapable earworms is very much intact. With minimal instrumenta-tion, Old Magick is, in part, a reaction to Adams first solo outing House Music (2013). This time around, he relocated to The Premises studios in Hackney with producer Dan Michaelson at the helm. "The irony of going somewhere a bit more high-tech to make something with less people and instrumentation wasnt lost on me", notes Adams. Opening track "Togetherness" is a topical meditation on how our society treats people from other countries, set to a disarmingly pretty tune. On the upbeat "Kings of The Back of The Bus", Adams contrasts the posturing of youth with the choices we make as we get older ("Now its just mas-sage music".) Elsewhere, desperation is in the air, as the deluded protagonist of "Ideas" tries in vain to rescue a relationship gone wrong, a theme echoed by "French Drop", an old conjuring term for a trick in which an object appears to disappear without having gone anywhere. A genuine entertainer, a truly gifted songwriter, and perhaps the closest thing there is to a British Bill Callahan.