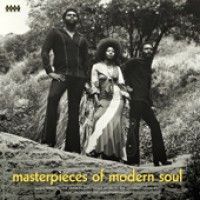 Having been brought up as much on albums as singles, it is a natural progression for Kent to make a 12" version of our "Masterpieces Of Modern Soul" CD series. The Modern soul fan is used to wielding 12" of plastic in various forms and our latest Kent LP is aimed squarely at them. We have lifted a fantastic LP-only track from theSpring album by Act 1, Its The Same Old Story, one of the most catchy, melodious songs of the era and as a Ray Godfrey Spring production it is high quality. The same source provides the Millie Jackson LP track If That Dont Turn You On; inevitably raunchy - but clean!The Mayberry Movement were on sister label Event and we have their smooth and addictive Two Wrongs Dont Make A Right, unreleased until Kent issued it. On the pricey side we feature Eddie Billups anthem Shake Off That Dream. Scarce is more the word for Gail Andersons Dor release Just A Little Ugly which is anything but and stablemates Natural Resources have a recently discovered find, If There Were No You: it would have been the buzz of the Mecca a few decades earlier. Into the 80s we go with a 60s legend: Dave Hamilton, whose later recordings are proving to be as highly admired as his tracks from the golden era of 60s soul. Nightchills I Dont Play Games sounds like a hit to me and the New Experiences pleading Ive Never Felt This Way Before is one for those who like to sympathise with a bit of anguish. Darondo provides another gem of west coast soul from his own special perspective. The Hesitations GWP recording is as polished and professional as ever and there is more top harmony from Street People with a previously unissued track from their first recording session.There had to be a teaser. After reissuing Herman Davis Gotta Be Loved we discovered a brilliant unissued Part 2 to the highly collectable single. It had been abandoned before the 45s pressing but now rounds off an LP that will grace those large and overburdened LP shelves of the modern soul Kent fans.track listingSIDE ONE1.ITS THE SAME OLD STORY - Act I2.TWO WRONGS DON'T MAKE A RIGHT - The Mayberry Movement3.SHAKE OFF THAT DREAM - Eddie Billups & The C.C.C.s4.JUST A LITTLE UGLY - Gail Anderson5.I DON'T PLAY GAMES - Nightchill6.DO YOU REALLY LOVE ME (EDIT) - DarondoSIDE TWO1.IF THAT DONT TURN YOU ON - Millie Jackson2.IF THERE WERE NO YOU - Natural Resources3.GO AWAY - The Hesitations4.MOMMA HAD A BABY - Street People5.NEVER FELT THIS WAY BEFORE (EDIT) - The New Experience6.GOTTA BE LOVED PART 2 - Herman Davis