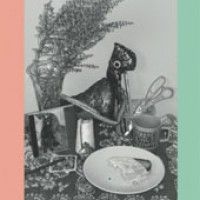 These 23 tracks capture one part of the southern zeitgeist in the same way Flying Nuns early archive did. Vincent Over the Sink were two mates who could have been trying to record a Mick Hobbs record in their garage. The album mirrors The Shadow Rings Put The Music In Its Coffin. Its a work full of the forlorn, dark humour in Pink Reasons alienating lyrics. Hidden beneath an astoundingly diverse range of experimental and DIY output by Hopkins (The Bowles, Naked On The Vague; Penultimate Press, Vittelli, Kye) and Schueler (The Bowles; Kye) is the disorienting, psychedelic mess of VOtSs 22 Coloured Bull-Terriers. Written between 2005 and 2007 in the Blue Mountains, Sydney and Melbourne, its limited cassette release was lauded by those who heard it and lusted after by those that hadnt.

Archers Of Loaf
All The Nations Airports (deluxe Edition)

Common Cold
Shut Up! Yo Liberals