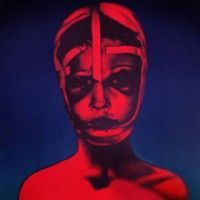 Manbait is a survey of Regis' 2010-15 productions and remixes for Blackest Ever Black. Features three previously unreleased tracks: a brand new Regis take on a lost song by his teenage synth-punk group Family Sex, an alternate mix of Tropic of Cancer's 'Plant Lilies At My Head', and a new edit of his own 'Blinding Horses'. The 2LP edition features 8 tracks, including Family Sex and Tropic of Cancer, and the now rare sought-after Raime, Vatican Shadow and 'Blinding Horses' remixes. It also comes packages with a download code (MP3/FLAC) for all 12 tracks on the CD/Digital release