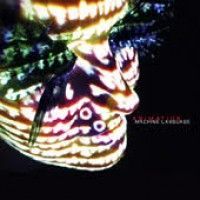 Tragically, this was Bob Beldens last recording. The prolific, Grammy-winning composer-arranger/producer and bandleader died of a massive heart attack on May 20 at age 58, just weeks before the final mastering of this chilling opus. To help Belden realize his futuristic 2001: A Space Odyssey-inspired vision for Machine Language, he enlisted vocalist Kurt Elling as narrator for this cyberpunk opera. "My own memory of any conversations regarding the piece is that there was minimal discussion before making the voice over," said Elling - "The only real direction I received was to sound like a sad, well-spoken computer. Beldens text for Elling reads like an excerpt from Philip K. Dicks 1968 novel "Do Androids Dream of Electric Sheep?," And the darkly foreboding music, performed by Pete Claggett on muted trumpet, Roberto Verastegui on electric keyboard, Matt Young on drums, Belden on soprano sax and Laswell on electric bass guitar, takes part of its inspiration from Miles Davis 32-minute ambient requiem for the recently-deceased Duke Ellington, "He Loved Him Madly" .

Guttersnipe
My Mother The Vent