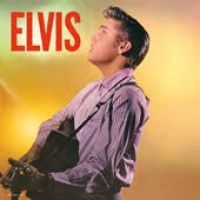 Released in October 1956, a mere half-year after the immortal debut, Elvis is every bit as iconic as its predecessor. Recorded in early September in Hollywood, The King was in top form, mixing up tracks from Lieber & Stoller, to blues legend Arthur Crudup, to country heroes Red Foley, Chet Atkins, and Webb Pierce, as only Elvis could do. A true American hero back in print on Rumble.Track list: Side A:A1 Rip It Up A2 Love Me A3 When My Blue Moon Turns To Gold Again A4 Long Tall Sally A5 First In Line A6 Paralyzed Side B:B1 So Glad You're Mine B2 Old Shep B3 Ready Teddy B4 Anyplace Is Paradise B5 How's The World Treating You B6 How Do You Think I Feel

Burnette, Johnny
Tear It Up/ You're Undecided