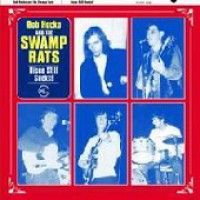 BACK IN PRINT! 180 gram vinyl. Primal 60's Punk and melodic garage from McKeesport, Pennsylvania! The wicked torrent of fuzzed-out mayhem these Steel City hooligans burned onto their 66 and 67 single sides is legendary, from a raunchy 'Louie Louie' that drinks the Kingsmen under the table, to the head-smash of 'Psycho', to the gunpowdered cover of the Sparkles 'No Friend of Mine'. But you get not only all the singles on this first-ever proper reissue of their material, but four bona-fide killers from the vaults, including an original muscle-car fuzz romp called 'Hey Freak', an extended version of 'Tobacco Road' that's a shotgun wedding of Nashville Teens R&B hedonism and Blues Magoos Bronx bombshells, a fine bluesy original called 'I'm Going Home' and a spiffy cover of the Kinks 'She's Got Everything'. With the band members telling their story for the first time in the extensive liners, unseen photos galore, and crisp sound, this is one of the best '60s reissue albums ever!

Chessmen
I Need You There/sad