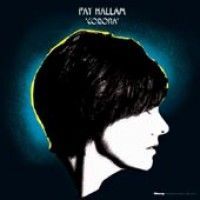 Following Lost In Sound, Fay Hallams acclaimed collaboration with The Bongolian, Fay returns with new solo album Corona. Fay wrote the majority of the songs in a two day whirlwind writing session after returning from a tour of Italy, which ultimately inspired this atmospheric eclectic album. Corona has absorbed Fays love for the Bossa Nova of Antonio Carlos Jobim and Astrud Gilberto, the experimental productions of the Carpenters and the eclecticism of Beck. Theres even a nod to the 50s pop of Frankie Laine with Giving Myself Away and a sole cover: Paul McCartneys classic Maybe Im Amazed joins the new set of songs. With thoughts still fresh of driving through the Alps and soaking up the ambience, the songs took on a reflective mood displaying a softer, more atmospheric side to Fays music.