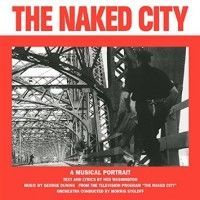 "The Naked City" album is the musical portrait of a city. It's a bold portrait told in striking, vivid tone colors, bringing to life the throbbing intensity of a great metropolis and its people. It's a musical portrait with the pulse-pounding rhythm of the city's heartbeat and melodies drawn from the dreams, the triumphs, the tragedies of the people (...)" Naked City is a police drama series which aired from 1958 to 1963 on the ABC television network. It was inspired by the 1948 motion picture The Naked City and mimics its dramatic "semi-documentary" format and filmed on location in New York City. Ned Washington, author of the lyrics and narrative for "The Naked City" album, is one of the best known and most honored musical collaborators on the Hollywood scene.Limited first press of 500 copies.