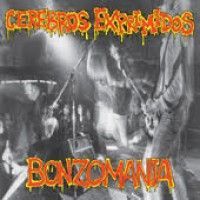 The second album by Cerebros Exprimidos, originally released by Munster in 1991, brought along a fuller, denser sound but the end result was as visceral and furious as what had come before. The band called it "muthafukkin' unpretentious punk-rock". A scream of rage and self-sufficiency straight from the guts which included Germs and FU's covers and didn't ask for anybody's approval.Especially remastered for this reissue and pressed on 180g vinyl.TRACKLISTSide A1. SENTIRME BIEN2. LISTOS PARA SUFRIR3. EXPERTO EN MUERTE4. DRAGON LADY5. BONZOMANIASide B1. RITUAL2. IRRESPONSABLE3. D.U.M.4. HAZLO AHORA5. PENNIES FROM HEAVEN

Misfits
Night Of The Living Dead