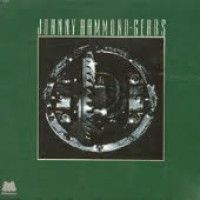 Celebrating 40 years since its first release, Johnny Hammonds "Gears" is given the deluxe treatment on CD & vinyl with the addition of six previously unreleased tracks and a brand new transfer from the original masters.Recognised as one of the finest jazz funk albums of all time, "Gears" was produced by the Mizell brothers and stands alongside their work with Donald Byrd at the pinnacle of their careers. Tracks such as Shifting Gears and Los Conquistadores Chocolats have been club classics almost since the album was released. Hip hop and house producers have regularly used it as a source for samples.The bonus cuts shine a light on the Mizells production process and show the strength of the material from which the released masters were culled. Hotly anticipated by club and radio, Gilles Peterson is championing this on BBC Six Music, and we expect further support from others.