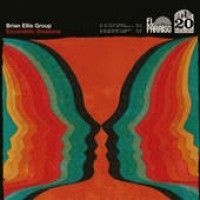 Theres something brewing in Southern California these days, besides the worlds finest Pale Ale and crystal clear surf rolling up the shore along the Interstate 5. Recently theres been a pour of mindblowing prog-, psych- and free-rock in impeccable form out of San Diego County: Seamlessly merging jazz tendencies and extraordinary jam-abilities with crushing heaviness, electronics and a general out-there-ness. Bands such as Psicomagia, Earthless and Joy has earned SoCal its own unique spot on the worldwide map of psychedelia. At the heart of all this, is one young Escondido native, Brian Ellis. A guitar virtuoso in Astra, saxophonist in Psicomagia as well as keys- and synth-wiz. For years hes been cutting his teeth as a grade A session player in heavyweight funk-outfits such as Egyptian Lover, as well as a studio owner gradually turning into an esteemed recording engineer. It was only a matter of time before he was gonna get his own group of local offbeat heroes in the same room and crank out a spectacular piece of prismatic, electric free-form jazz. And here it is. Along with members from Radio Moscow, Corima and Psicomagia, Brian has cooked up two vinyl sides of seriously vital jazz-rock, taking up where Miles Davis, Tony Williams and Donald Byrd left off in the seventies. This music is a far cry from the self-absorbed European free-jazz or academic noodling one is likely to meet at any given jazz festival - no, this music is earthy, like, say, Hendrix at Woodstock, or Miles Live Evil - a pinnacle challenge of the past that has never met any really satisfying response from contemporary music. Theres that unique sense of percussive drift that characterized Cans records in the first half of the seventies - somehow extravagant, yet also subtle at the same time. The warmth of Brians sun-dried Rhodes and cosmic Moog-lines intertwine with Patrick Shiroishis Coltrane-inspired soprano arabesques. Trevor Masts thick bass lines and a multitude of tribalistic percussion keep it together along with a naturalistic crisp-sounding recording. It all adds up to a soulful tour de force of everything thats great about the current San Diego scene. To be played loudly. File next to: Miles Davis, Tortoise, Marion Brown, Joe Henderson, Can, Donald Byrd .