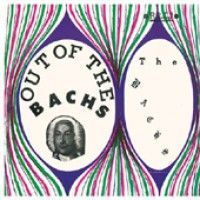 "Out Of The Bachs" was released in 1968 as a private pressing of 150 copies and its one of the rarest USA 60s garage / teenbeat albums ever. The band consisted of five young kids from Chicago, regulars at local teen dances, who decided to release an album as a testimony for their fans before splitting up. Recorded and mixed in just 10 hours at a makeshift studio, "Out Of The Bachs" offered 12 amazing self-penned songs with a sound ahead of its time. Pure teenage-angst vocals, crashing Rickenbackers, fuzz outbursts, killer moody tracks. Sadly, all previous reissues of the album failed to capture the true sound of the original, until the Time Lag label reissued it in 2011, remastered from a pristine original vinyl copy. Out of print for many years, we present a new vinyl reissue using the same audio master as the Time Lag edition. File next to Rising Storm, Fantastic Dee-Jays, The Savages. Best audio source just like the ultimate, OOP Time-Lag reissue Insert with detailed liner notes and rare photos