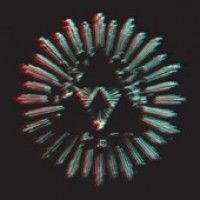 After honing their craft across the UK and through Europe - with the likes of Super Furry Animals, The Warlocks, Spectrum, Mark Gardener (Ride) and members of Spacemen 3, Spiritualized and The Brian Jonestown Massacre - WNS completed their debut album in 2010 with the assistance of Pete Kember (Spacemen 3 / Spectrum / E.A.R) and magician Cian Ciaran (Super Furry Animals). Like a Pyramid of Fire sees the band take their trademark wall of sound - at once relentlessly pulsating and blissed-out - and conjure from it a sonic palette with range and depth. WNS worked closely with producer / DJ Phil Kieran and again with Cian Ciaran and the result is a metronomic and hypnotic onslaught of melody, groove and exploration which goes beyond the standard tropes of psychedelia.

Karl Max Was A Broker
Monoscope