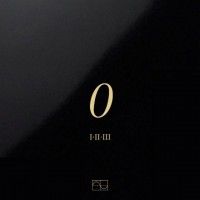 First new material in 2 years. "A zone of silence and of pure possibilities for a new beginning." Burn the past. Reset the clocks. A symphony in three parts. "The initial idea for 'Zero Triptych' goes back almost three years, when we first became aware of the Group Zero art movement. Not only did I think it was the best name for a group of artists I'd ever heard, but their ideas, outlook and, most importantly, work struck a chord with me, which I then shared with the band. We've been inspired ever since. Not quite a conventional 'song', nor EP, we knew about a year and a half ago that this piece of music was evolving into something not conventionally defined in the classic rock/pop vernacular. It's essentially three different sections intertwined, hence the 'triptych'., I don't think this is something we'd have ordinarily tried were it not for the confidence we gained from touring a new line-up around Europe, when we learned to be a new band - that was probably our 'zero' moment. While 'Zero Triptych' is our ode to the masters of light and shade - Mack, Piene and Uecker aka the Group Zero - it also had a very functional role for us: it effectively cleared our path, 'zeroed out' what had come before and reset the dials. And that's why it's the first song from the new line-up we wanted to share with the world. There's a lot more to come very soon." Limited edition 12" - 350 black vinyl.

Girls Names
Arms Around A Vision

Girls Names
Don't Let Me In