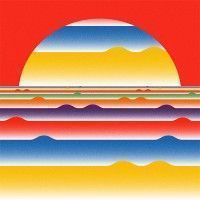 Vinyl includes mp3 coupon. The self-titled sixth album by Portland, OR's The Helio Sequence is a renewed push forward for the band, depending on an effortless kinetic energy. After creating their previous album, 2012's Negotiations, through a long, introspective, the band wanted to try a new, open and immediate process. There's a delightful candor to The Helio Sequence, an openness that is rare for a band about to enter its third decade. The album was recorded and produced by the band in their Portland studio.