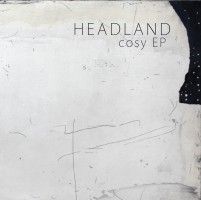 A limited edition 5 track / clear vinyl 12" EP to keep the waves rolling in, until the new album is on our shores. 500 copies only, DL card included. In 2013 Headland produced the LP sound/track to accompany a collection of 1970s surf film fragments site-specific to the northern coast of New South Wales: an album of guitar-based music seemingly poised between the open spaces of the landscape and the stylised rhythm of single-fin surfing. This latest release, Cosy, maintains the essence of that project, providing five easy pieces that reflect on Australian surf-culture of the 90s and hint at an upcoming full-length release. Headland's main contributors are Murray Paterson, known elsewhere for his work with Tex Perkins & The Dark Horses, and Joel Silbersher, founding member of seminal Australian Rock bands God and Hoss.

Oscar And The Wolf
Infinity (2lp)