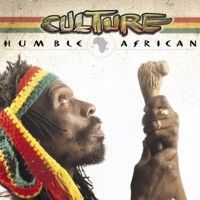 Repress!! Now available again on vinyl is the album by Culture from the year 2000! Produced by Lynford "Fatta" Marshall & Collin "Bulby" York (aka the Fat Eyes team), there are 14 excellent tracks including three features by Marcia Griffiths, Morgan Heritage and Tony Rebel. Realised with a strong line-up of musicians including full horn section, the album was recorded by Errol Brown and Shane Brown, and mixed by Stephen Stanley. A must for any serious Joseph Hill & Culture collection.