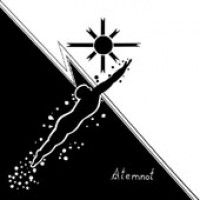 One of the biggest rarities from the cosmische kraut underground scene has to be Hardy Kukuks lost 1981 top Berlin School electronic masterpiece Atemnot. Kukuks synth explorations take the adventures of masters of the genre like Tangerine Dream or Klaus Schulze one step further into the early eighties. Kukuk is joined on these recordings by Andreas Schneider on guitar and congas and Klaus Bloch (of A La Ping Pong fame) on guitar and tape effects.After Atemnot Kukuk recorded a second LP, Timeless, before joining forces with Matthias Culmey in the early 2000s to form the electronic duo Beatboys 2000.The Wah Wah reissue comes with remastered sound and housed in a faithful reproduction of original private pressing sleeve. It also includes an insert with cool photos and liner notes. First ever vinyl reissue limited to 500 copies only!