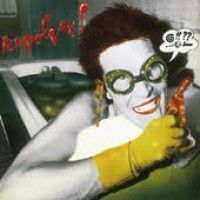 It is a fact that demented rock was one of the genuine forms of punk-rock in Italy: a transgressive formula with tremendous sarcasm and attitude. Everything was set against the seeds of the counterculture, the pop heritage and the exasperated technicality of progressive-rock. First released in 1979 on Philips, this is the one and only effort from Revolver, and it perfectly fit into the new arena with hints of foolish Zappa interludes. Vocals on the single "Gay" are courtesy of glamour pop-star Ivan Cattaneo as a special guest. For the record Baffo Banfi (iconic keyboard player with progressive heroes Biglietto Per LInferno and then solo artist for Klaus Schulzes Innovative Communication features largely on this album). RIYL: PIL, Frank Zappa, Richard Hell

Fall
It's The New Thing (rsd)