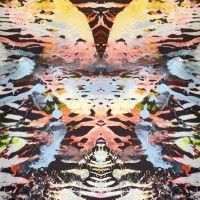 In November 2014, Lost Dawn went from being one of Falmouths best kept secrets to a UK-wide one-to-watch. That month saw the release of their debut single Manchild - "a great example of indie-rock which combines great guitar hooks, Bolan-like vocals and excites throughout" - Subba Cultcha. The tracks video premiered on NME.com, followed shortly after by heavy coverage of Lost Dawn in the magazines two-page Kernow Wave feature and play on Radcliffe and Maconies BBC 6 Music show. In the same month, Lost Dawn toured the UK with The Red Cords and The Black Tambourines, to celebrate the release of all three bands visceral live compilation album The Falmouth Sound. Now Lost Dawn are set to release their self-titled debut album, which encompasses some of the garage-rock of aforementioned local bands, but with a more experimental edge and swagger, mixed with hearty portions of 60s-70s rock, psychedelia, blues and touches of glam-rock to create what has been referred to as "desert-basked-psych" - NME. Lost Dawn started out as the killer combination that is frontman Stanley Duke, a one time electronic music artist, but now full time artisan, with a style, demeanor and vocal delivery that could have him mistaken for a love child of Jim Morrison, Marc Bolan and/or Devendra Banhart. Alongside Benjamin Wood, the master of garage production - having produced the records of all three Falmouth Sound bands - as well as already being an accomplished musician with his side-project The Golden Dregs - a track of which can be found on Rough Trade New Yorks 80N7 compilation. Now Lost Dawn have become a trio, after promoting touring bassist, Joel McConkey, to a bonafide full-time member. Lost Dawns self-titled debut album was self-recorded and produced in Woods home studio in Falmouth.