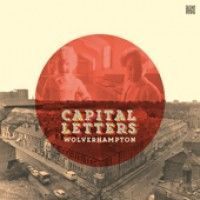 Having reformed in 2013, it hasn't taken Capital Letters long to get back into their stride and 2015 sees them releasing a new album and embarking on a series of European live dates . The band have spent much of the summer in the studio of Noel Browne (Studio One Band, Taxi Gang and Maytals) to record 14 new songs.The album kicks off with a trio of classic roots tracks, "Jah Music", a highlight of their live shows, recent single "Wolf" and "Roots Music" before turning to some hard-hitting roots messages. But it's not all politics and preaching. One of the songs is a heartfelt tribute to the band's home town, Wolverhampton in the British Midlands. And Co-vocalist Lukas doesn't forget his past as a Lovers Rock artist and we are treated to a solitary love song with "Movie Star". Capital letters are a band at the top of their game; they have maturity, confidence and musicianship to spare. The more you listen to this album, the more it reveals the depth of quality within.

Jah9
Note To Self