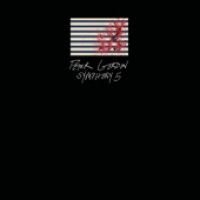 PETER GORDON performed his first symphony, Symphony in Four Movements, at New Yorks new-music centre, The Kitchen in February 1976, with a band that included Philip Glass, Laurie Anderson, Arthur Russell and Rhys Chatham. Combining disco, electronic, pop and jazz elements with experimental music since the early 1970s, he formalized his ensemble as LOVE OF LIFE ORCHESTRA in April 1977, initially with 12 musicians, and then performing at clubs and lofts as a rock-combo during the height of New Yorks downtown experimental rock scene. LOLO made several influential recordings, from their first recording, 1978's Extended Niceties EP, right up to to 2010's Another Heartbreak/That Hat on DFA which featured Arthur Russell and David Johansen of The New York Dolls..SYMPHONY 5 is the first release in an extensive series devoted to PETER GORDON,on independent London label, FOOM. The series will concentrate on new recordings, unearthed material from his personal archive, as well as a few select reissues from his discography.