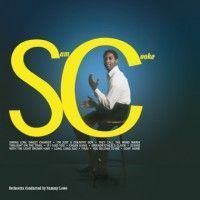 Sam Cooke (also known as Swing Low) is the seventh studio album by American singer-songwriter Sam Cooke. (...)Produced by Hugo & Luigi, the album was released in March 1961 in the United States. Sam Cooke began his career as a gospel singer, and after two pop-oriented LPs, the label and Cooke's producers, Hugo & Luigi, decided to play to that side of his repertoire and reputation for this album. This is the man Sam Cooke and his voice in much of their glory. Truly classic.