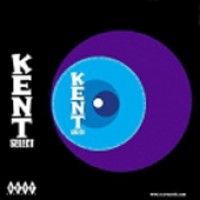 Kenny Carter is a consummate 60s soul singer who was about to have an album released on RCA when he walked out on his production company. The stunning Larry Banks-produced ballad Youd Better Get Hip Girl would have been a key track and is soul at its most resplendent. Larry Banks also produced Detroit outfit The Dynamics for RCA in New York after the Pied Piper deal had collapsed. He admired their song My Life Is No Better so much that he cut it as a duet with his partner Jaibi shortly afterwards. Neither version was released at the time and we now follow up the groups performance on a "Larry Banks Soul Family" CD with its 45 debut.

Jackson, George
Talking About The Love I Have For You/it's ..