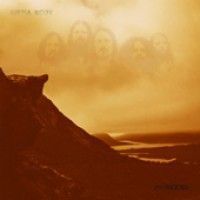 Siena Root is one of the most original bands in the European rock scene. On November 3rd, the Swedish band will be releasing their fifth studio album, "Pioneers". With about 25.000 albums sold and over four hundred packed shows performed, Siena Root is once again back from the studio with eight new tracks of pure root rock. The upcoming record "Pioneers" is characterized by a tasteful combination of genuine songwriting and captivating improvisations, enjoyable for anyone who wants music to be "well done". In the spirit of keeping it real, all eight tracks are a hundred percent analog-produced, using all-vintage instruments and equipment. The music itself will remind listeners of the great rock era, yet putting a new perspective on the retrospect. Regardless if you like classic rock hits, trippy psychedelia or swinging blues, "Pioneers" by Siena Root will be one of your favorite records! Siena Root is well known for their variety of appearances, with many great guest artists, broad musical range and different interpretations of rock music. The various shapes of Siena Root over time can be heard on the previous albums, which each has it's own unique line up.