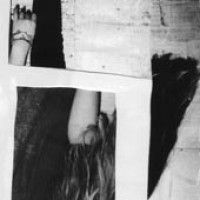 Over the last four years, Olympia-based punk trio Naomi Punk - featuring singer/guitarist Travis Coster, guitarist Neil Gregerson, and drummer Nic Luempert - have been lighting up DIY warehouses and large concert halls alike with their singular brand of mid-tempo, cathartic punk. Commencing their breakout 2012 debut The Feeling, Naomi Punk return to the fold with their sophomore record, Television Man - their first for Captured Tracks. A key fixture in the Northwest DIY punk scene, Naomi Punk channel a similar energy to their contemporaries (Milk Music, Broken Water, Vexx, Gag) and their fore bearers (Wipers, Dead Moon, Nirvana) while cultivating a body of work and aesthetic that is wholly their own. Home recorded in Olympia, Washington over the Fall and Winter of 2013, and mastered by Rick Fisher at RFI, Television Man is a collection of oblique punk anthems and collaged instrumental pieces which best showcases the cathartic aggression that has become their signature.

Martin Savage And The Jiggerz
Time To Get Out