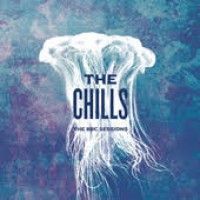 The Chills were invited to record for the legendary 'Peel Sessions' at the BBC on three occasions between 1985 and 1988. We are delighted to present all twelve tracks recorded at the BBC, re-mastered and available on CD, and on LP for the first time Each session produced four fantastic recordings. Opening with Rolling Moon which would feature on the soon to be released Kaleidoscope World, the first session, which was recorded in November 1985 in Maida Vale 5 studio, also includes future Brave Words album tracks; Wet Blanket, the beautiful Night of Chill Blue and of course Brave Words. The second session, recorded in April 1987 continues with Brave Words tracks; Dan Destiny & The Silver Dawn, Rain and Living In A Jungle, as well as the superb Moonlight on Flesh. The third and final session, recorded at the Hippodrome in December 1988, features Part Past, Part Fiction, Dead Web and Effloresce and Deliquesce from the soon to be released Submarine Bells LP with the additional track Christmas Chimes.