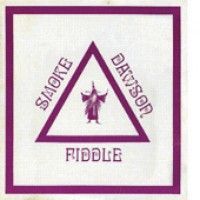 Reissue of Smoke Dawson's 1971 private press LP, 'Fiddle,' out on Tompkins Square, August 19th. George "Smoke" Dawson played banjo in MacGrundy's Old-Timey Wool Thumpers with Peter Stampfel (later of Holy Modal Rounders) in 1960, lived for years at Caffe Lena in Saratoga Springs, NY, and roamed around the US as an itinerant bagpipe and fiddle player for decades. His life is laced with small triumphs, and lots of tragedy. But he's still with us. Tompkins Square reissues his only album, a remarkable 1971 private press LP, on August 19th, 2014. This is his story. Excerpted notes by reissue producer / Tompkins Square label owner Josh Rosenthal :. . .